The former stewardesses of Tiger Airlines still reminisce about their experiences with those brave soldiers, coming and going to Vietnam – a long time ago. Read about what they talk about at their reunions. To us, they were all beauty queens!

In 1969, during the Vietnam War, a 21-year-old Seattle woman saw a job ad for a California cargo airline called the Flying Tiger Line that had a large presence in San Francisco. The company said it needed flight attendants. Travel the world, the ad said.

That sounded good to Linda Greenwalt Foster, who had just dropped out of college and was looking for an adventure. She had no idea what the job entailed until she arrived for the interview and a man with the airline asked what she thought of the war.

“And he said, ‘Well, can you put all that aside when you’re on the airplane and taking care of these boys?’” Foster recalled.

She learned then that the Flying Tiger Line, also known as Flying Tigers, specialized in troop transports. The company had a contract to fly U.S. servicemen into Vietnam and to bring troops home after their tours were complete. Flying Tigers was a mechanism of the war she opposed.

Despite her personal beliefs, Foster reasoned that “nobody needed better care” than men heading to a war or coming back from one, and she decided to sign on. But nothing could have prepared her for what it was like to be a flight attendant at Flying Tigers during the golden era of aviation — a job so fabulous and exciting on the one hand and emotionally brutal on the other that it transformed the lives of hundreds of young women like her who were hired during the war, forcing them to confront the realities of Vietnam in ways they never expected, and bonding them to each other for decades to come.

On Wednesday morning in Sacramento, as many as 30 former flight attendants for the airline are reuniting to honor servicemen killed in the war. During a ceremony at the California Vietnam Veterans Memorial, the women, many now in their 70s, will also mark the disappearance of Flying Tigers Flight 739, which vanished over the Pacific in 1962 along with 107 passengers and crew, including four flight attendants.

“It’s a way to look back,” said one woman planning to attend, Ann Price Montgomery, who joined Flying Tigers in 1968. “It’s such a part of history, and our own personal history.”

“We were there to take care of our passengers,” Foster said, “and have the best time we could.” As it turned out, they excelled at both.

The big, glamorous airline back then was Pan Am. The women working the cabin on those flights were still known as stewardesses, not flight attendants, and they walked like fashion models down the aisles.

“That was not us,” recalled Andee Reingold Wright, a San Francisco native who was 21 when she started with Flying Tigers in 1967. She laughed. “When you went to school for Pan Am, they showed you how to do your makeup and your hair. With Tigers, they said, OK, make sure your hair isn’t longer than your shoulders, and get on the plane.”

Founded in 1945 by a group of pilots who had flown in World War II, Flying Tigers was America’s first major cargo airline, a seat-of-the-pants operation that hauled freight on Canadian turboprop planes. It hooked up with the Pentagon to carry troops during the Korean War, and by the mid-1960s the airline was flying tens of thousands of soldiers into Vietnam at a time before the U.S. public was paying much attention to the conflict unfolding there. Tigers suddenly needed bodies to work those long overseas flights, and when it put out calls for flight attendants, adventurous women answered.

Marilyn Breen was 24 when a girlfriend called her from Japan, bragging that she had gotten a job with a different charter airline and was now sitting in Tokyo having her nails done for $1.50. Breen wanted to travel and supported the war — she believed then that it was about fighting communism — and after she saw a Flying Tigers want ad in The Chronicle, she soon found herself in flight attendant school, wearing the Tigers uniform of a grayish-blue skirt suit with black pumps and white gloves. The training had little to do with hospitality, focusing instead on emergency procedures, like how to ditch a plane after a crash or what to do if the plane drew gunfire.

But soon after they started working troop transports to Southeast Asia, the women realized that the job required a whole different set of skills.

They’d usually start at Travis Air Force Base outside of San Francisco or McChord Field in Washington, picking up more than 200 fresh-faced, uniformed servicemen from the Army, Navy, Air Force and Marines. From there the plane, often a stretch DC-8, would fly west to Anchorage, then to Japan, then to the Philippines or Vietnam, dropping the troops off at military bases.

They were long, boisterous flights full of bravado and joking — the men going off to war were trying to psych themselves up. But the flight attendants realized that many were understandably scared. In quieter moments, men cracked: a lieutenant crying softly in his seat, admitting that his wife had just given birth to a baby he might never see again; a young man’s hand shaking as he reached for a cup of milk. The flight attendants, although very young themselves, couldn’t believe how young the troops were — just 17 and 18 in some cases. “I was 24,” Breen recalled. “I was old as dirt to them.”

Many flight attendants struggled at first to contain their own emotions. They wanted to cry but stifled the impulse. It was important to stay upbeat, to act like every one of the men was coming home. So they tried to keep it light. They played cards with the guys, laughed with them. The young men would leave their patches, their names, their addresses, their rosary beads and ask the crew members to write to them while they were in Vietnam. During the last minutes of each flight, the women remember, the cabin would become eerily quiet.

Meanwhile, the flight attendants were becoming like a family. They were thrown together all the time — on the planes, in Saigon hotels sipping cocktails and at officers’ clubs on overseas military bases, where guys bought them drinks. Because they were young and energetic, they could work a 5½-hour flight from Japan to Vietnam, spend an hour on the ground, turn around and fly 5½ hours back to Japan, then take a quick shower and then go out dancing at a go-go club.

The women say it’s what helped them keep their sanity, a support network that allowed them to face the heartbreak of the job as the true cost of the war emerged. “We began to realize — OK, these guys are going off to die,” Breen recalled. One day in Vietnam, waiting on the tarmac before a homeward-bound flight, she saw men loading body bags into the belly of the plane.

If the flights to Vietnam were emotional, the flights back home could be tense in a different way. The men were superstitious that the plane would crash — it would be just their luck to die in a dumb accident on the verge of getting home. Sometimes, when the wheels pulled up on takeoff, the whole plane would burst out in yells and clapping.

“That was always the fun part, to take them out of there,” remembered Gael Okicich, who flew with Tigers for 25 years. But some homeward-bound passengers were belligerent, unpredictable. Others slept for hours, exhausted and often traumatized from their experiences in Vietnam. The flight attendants learned not to wake them, knowing the men might leap up with a start, imagining they were still back in the war. 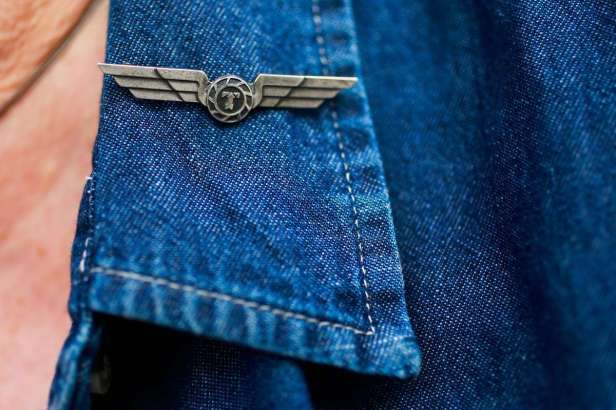 As the war worsened, and the airline continued hauling scared young men into Vietnam and bringing broken men out, the Flying Tigers crews found themselves wrestling with anger, confusion and sadness.

For some the experience changed their political beliefs, although they tried to keep politics off the plane. Breen went from being “gung ho” about the war to suspecting the government was lying and thinking the war was a mistake. Foster’s opposition to the war only intensified; she attended anti-war meetings and demonstrations on her days off. Others supported the war, sympathizing with the soldiers and resenting those who scorned their service. And many didn’t know what to think, caught between respect for the military and horror over the fates of the boys on their flights.

“It was really a struggle to decide what was right or what was wrong,” said Okicich. “Nobody wanted to take anybody over there who wasn’t coming back.”

They coped, as always, by leaning on each other. And after the fall of Saigon in 1975, when the war ended, they remained connected. Many of the women continued to fly, either with Tigers or other airlines; more than a few married Tigers pilots and started families. Eventually, in 1988, FedEx bought the airline’s parent company, absorbing its routes and bringing the rough-and-tumble era of cargo aviation to a close. But the women’s bond outlasted the death of the airline that brought them together. 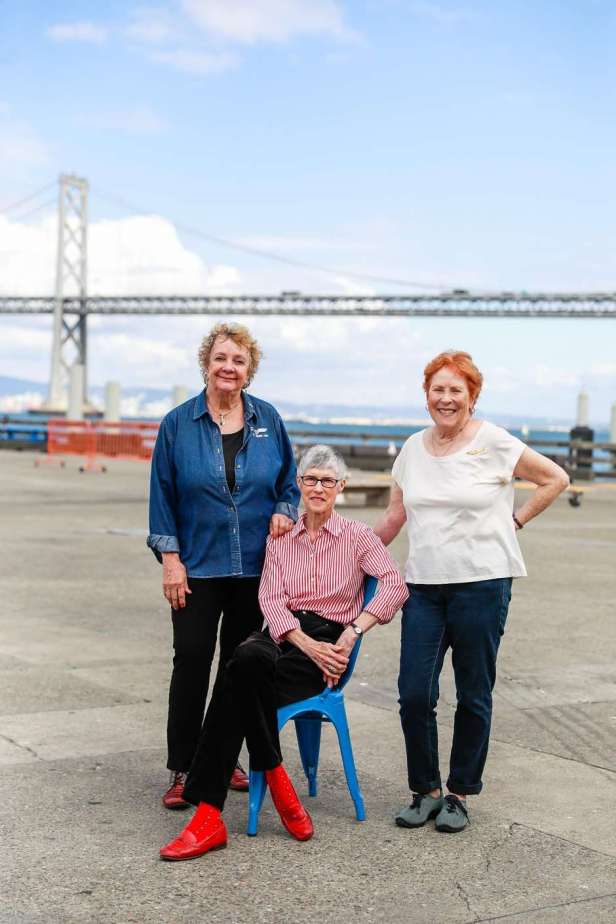 Link to the actual article: https://bit.ly/2PbitdY

57 thoughts on “Vietnam-era airline crews carry memories of the men they flew to, from war”