During the Vietnam conflict, there were no individual personal cellular or landline telephones available for soldiers or sailors to use for calling family members back home. To address this, United States MARS (Military Affiliate Radio Service) stations from all branches of the service, Army, Navy, Marines and Air Force, were deployed throughout Vietnam. The MARS system offered soldiers and sailors a way to personally communicate with loved ones back home via the use of a “phone-patch” telephone connection over short-wave radio. MARS stations would allow each soldier a free 5-minute personal radio telephone call home to the United States. 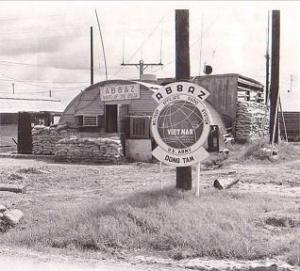 The Navy-Marine Corps MARS program was established officially on 17 August 1962, and began operations on 1 January 1963. This follows the Cuban Missile Crisis and President Kennedy’s concern for viable and extended communications capabilities. Each military service had it own MARS program, networks, frequencies, operators and stations.  A ham could apply for MARS membership and help service members call home.

One of the operators explains the process in making a patch.  First the band would have to be open to patch quality conditions.  Then a MARS operator would call the MARS station in Vietnam for a “Listing” of service members who wanted to make a call, to whom and what phone number.  The only cost was a collect call charge the family had to accept from the ham’s location. The HAM operator in the states would then get a telephone company operator on their home phone line and have the collect call placed.  Once the charge was accepted and the family member was on the line, the operator would instruct the family member that only one person could talk at a time and they had to say “over” when they were finished talking and not start talking until after the service member said “over.”  Then the operator would call Vietnam for the service member to come on line.  The call then proceeded.

When using this system, soldiers were required to follow a certain protocol. Since this was a non-secure band, we were not to mention anything about where we were or what we were doing in Vietnam. The time limit was also strictly enforced – the crew member would hold up his hands and count down from 10 before terminating the call.

The most difficult part of the conversation was in remembering to say “over” when completing your comment, this was required for the ham radio operators listening in to switch back and forth. I remember speaking with my mother once when she forgot to say “over” after her comment and there was a longer than usual silent pause. I hollered into the handset several times for her to say “over” but she couldn’t hear me until the circuit was switched. Finally, after what seemed to be almost a full minute of silence, I heard her gulp and quickly respond, “oh, over,” which then allowed the switch to take place so I could talk again.  In just about all cases, MARS was the only way soldiers could call home from Vietnam. In other words, “MARS was the soldiers’ Telephone Company.” 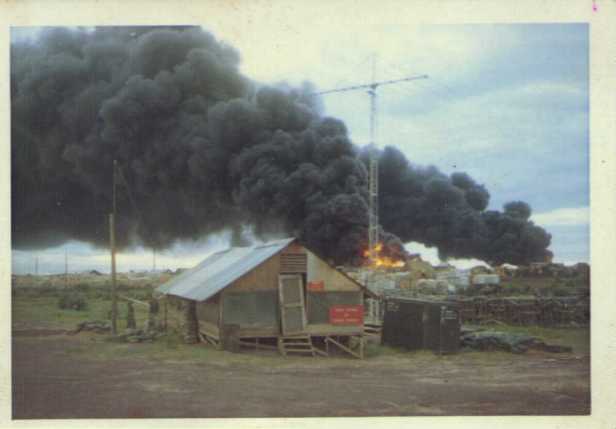 When wanting to place a call, there was a sign-up list for your name, the name of the party you’re trying to reach and that phone number.  For us grunts, sometime. we weren’t able to use the system because of an exceptionally long waiting list or the MARS group was unable to get a decent connection. Both required time, a luxury that grunts on stand down did not have. I should mention that in any location where field hospitals were present, a patient wanting to place a call always got to skip to the front of the line.

The process was a science! Operators on both ends had to know:

Sometimes, when the signals became too weak to be ‘phone patch quality’, they sent and received written messages for the troops in the form of MARSGRAMS by ‘CW’, or Morse Code, that could blast through the interference. 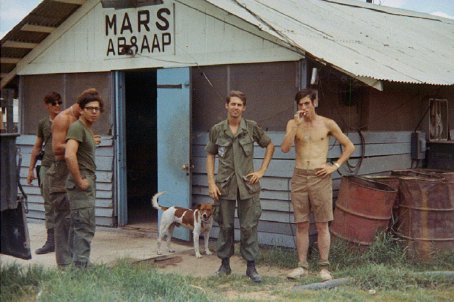 A network of more than 80 Army, Air Force and Navy/Marine MARS stations in Vietnam transmitted more than 2.5 million phone patches and handled more than 1 million MARSgram messages to several hundred stateside MARS stations, some in the homes of volunteer ham radio operators and the others on military bases.

The last MARS facility to go off the air was probably AB8SG located in the American Embassy in Saigon during the evacuation of the Embassy in 1975. Just about every Army unit in the field had a MARS station, including Airborne Brigades, Special Forces Advisory Groups, Infantry Divisions, Transportation Battalions, Medical Units, Aviation Battalions, and of course most Signal Corps units.

Today, satellite phones and using Skype with a laptop makes it much easier for soldiers around the world to keep in touch with families.

I think I used the MARS system twice during my tour in Vietnam. Anybody else?

I did receive an email (11/11/21) from a former officer of one of the MARS stations with some history and a funny story which I’m including here:

I say MY station because I was the Officer-In-Charge who first established MARS station AB8AAO in Dong Ba Thin in April of 1969.  Back then, the AB8AAO call sign was assigned to D Co, 43rd Signal Battalion in Dong Ba Thin, on the east side of highway QL1 across the road from the heliport, north of the town right near the westward bend in the primarily north-south QL1.  We functioned as an independent signal company and actually reported to the 73rd Signal Battalion headquartered about 12-miles away in Cam Ranh bay.
Back then, our MARS station consisted of two AN/FRC-93 systems (essentially a civilian commercially available Collins KWM-2A high frequency transceiver, the matching 30L-1 kilowatt amplifier, a 516-2A power supply, and the 312-B5 station control module containing phone patch circuitry and an outboard variable frequency oscillator for the transceiver) all of which I obtained/signed for from 1st Signal Brigade headquarters in Long Binh and flew back to our company headquarters in Dong Ba Thin on the same helicopter with the equipment.  The army also issued us a HUGE log-periodic antenna that tuned from 7 to 30 MHz that arrived a few days later compliments of an Air Force C-130 flight to Cam Ranh Bay.  We mounted it on an 80-foot telephone pole that we “acquired” from the local engineer unit just down the road and they installed the pole for us with their truck mounted 20-ton crane in exchange for a certain number of “priority” phone patches.  We set up the station in an unused Quonset hut across the street from our company headquarters.
Funny story …
To get a full kilowatt out of each amplifier, we wired each one to a 240v main while the rest of the station and the lighting ran off of usual 120v “house current.”  Because of our proximity to the heliport, we were required to install a red light on top of the pole.  During our first week on the air, one of the operator/electricians was doing some work cleaning up the wiring and inadvertently tied the light on the pole to the 240v circuit which vaporized the bulb.  Since we needed to rotate the antenna about 30-degrees from where it had first been installed, I asked my E-7 platoon sergeant to organize a detail to replace the bulb and loosen the antenna fittings so we could rotate the antenna.  The next morning when I went out to check on the station, I found him with the members of the platoon having a meeting and they had thrown all the members names into a hat to see which two members of the platoon would get the privilege of climbing this unusually tall pole with a pole-lineman’s belt and climbing spikes.  When I arrived, my sergeant said, “Sir, even I put my name in the hat and you should too.  This is a big honor!”  I complained that officers do not climb telephone poles but considering the odds (there were 17 of us in the room), I figured what the heck, I’ll be a sport for the troops.  I lost!  Ultimately, my Hawaiian E-5 specialist and I climbed the pole.
I completed my tour of duty and left Viet Nam at the end of June 1969 so I can’t help you with the history of AB8AAO between then and the MACV control you have listed beginning in 1971.
I would appreciate your making the correction to your listing showing AB8AAO in operation beginning in 1969 under the control of Co D, 43rd Sig Bn, not 1971 as you have listed.
Thank you,
Steven Belasco
back then, a 1st Lieutenant and now a retired Lieutenant Colonel.

70 thoughts on “Calling home during the Vietnam War”