I’d like to introduce Mr. Norm McDonald and also thank him for contributing these two memories of Vietnam.  Most of his time in Vietnam was spent with the 5/7 Cav. 1970 – 1971, which operated in the Parrot’s Beak area – NW of Saigon on the Cambodian border.  Norm’s tour was cut short when he was wounded and evacuated from country in August, 1971.  He writes as a hobby – these are two of his stories.

I had been in Vietnam just over 2 months, plenty of time to acclimate into a hardened grunt.  I had lost an old filling from a tooth, so a day or two before Thanksgiving, I and another soldier made our way back to Bien Hoa Airbase, one of the largest and most modern American Airbases in Vietnam at the time.  I couldn’t get to the dentist for a day or so I and my buddy just wasted some time until we could get to the dentist.  On Thanksgiving day, we were wandering around and noticed one of the big U.S. Air Force mess halls…they were known to be far more luxurious than the Army or any mess hall for that matter. 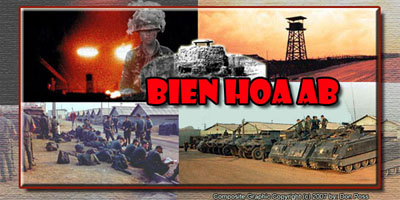 We decided to try and see if they would feed us since it was Thanksgiving.  We got in the rather long line, the Airmen pretty much ignored us, but frankly we didn’t care.  Pretty quick, a high ranking Air Force officer came over to us; I have no idea how high ranking; I never could tell their ranks, but the Airmen around us snapped to attention.  The officer asked us what we were doing…”Sir, we were hoping to get a plate of food”..fully expecting that he would be sending us on our way.  He and all the airmen, could see what we were;  faded and worn jungle fatigues, leach straps about our upper calves, 8 and 10 inch Buck knives strapped on (mine on the side of my leg)…both of us with hair far too long for the military…and the tell-tell red stained jungle boots.  Obviously grunts right out of the bush.   The officer turned to the airmen around us and said…”you know what these men are and you know they are in the real war; give them respect and let them in”.  He took us up to the front of the line. Told the mess that we were to be given what we wanted and that we were the “guests of honor”.

There were a few Vietnam experiences that were extremely positive….this was one of them.

An In-Country R&R With Profound Memories…. 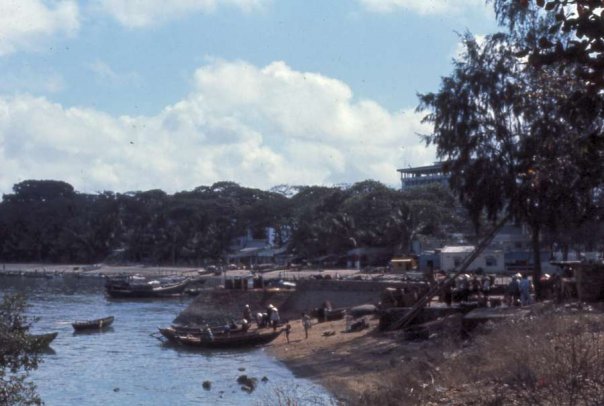 When I was stationed with Delta 2/8 Angry Skippers in the First Cav, I lucked out and got a trip to Vung Tau for R&R.  On that first day almost right on my 21st birthday, June 1971, I and my main buddy had left the R&R Center and went downtown to the bars. We were both very tired for some reason I forget why, probably a combination of just leaving the bush and too much smoke. But we were sitting there trying to ignore the Tea girls, when one walked to our booth. I turned to tell her to beat it. I stopped talking after the first word; utterly stunned with my lower jaw dropped to my chest. She was the most beautiful girl I had ever seen in my life. Long black hair with a natural reddish tint, light olive skin and most striking was her large deep green eyes; she was obviously French.

I got up and told her I wanted to go with her; that simple. Well she did her thing, I paid the mamas an (we know them as madams) at the bar and away we went in one of those insane three wheeled taxis and off to her shack. If you all will remember, the girls all had a “love shack” in a location other than where they actually lived. We went in got ready, I had already started liking her, she spoke English very well and her looks …well, obviously were easy on the eyes. I got undressed and put my wallet under the pillow on my side. I was nervous because a previous R&R had cost me my wallet when one of the girls ripped it off. She went through the roof…”I no like other girls!” “I love American GI!” “I never steal from anyone!”….she made such a fuss, I reached under the pillow and handed her my wallet and in frustration said..”OK I believe you and trust you”.

That broke the ice; we fooled around of course, but also talked all night. She had been the “kept” woman of an American airman for nearly two years; one of the reason she spoke such good English, I suspect.   I don’t know whether this was in Vung Tau, but probably somewhere near an airbase. He had told her he was going to marry her and take her stateside and in addition, they had a little boy together. He went home without even telling her he was going, simply abandoned them. She told me she was born in 1947. Her mother was a village girl, her biological father was a French soldier who also had abandoned her.

The next morning, I had to get back to the R&R Center to check in so I went outside to flag a taxi. She came out with me and asked me to come back to the bar later that afternoon. She told me something, I would bet most of you didn’t know; the bar made the girls get us to buy ‘tea’ every day and they were paid on how many drinks they got us to buy. But in her bar, I suspect it was true all over the town, the girls only had to take GIs home no more than twice a week. So she had me that night so she was off for 3 or 4 days except to sell the ‘tea’.

I went back to the early evening, and left with her. She took me to her house not the shack, which was a pretty nice villa up on the hillside above the beach. I met her 3 year old boy, cute little guy, looked like any kid we would see on our streets; after all, he was ¾ European and ¼ Asian. I stayed there, except for checking in at the R&R center each morning until we left to go back to the field. I got her mailing address and started writing her from the bush..she wrote back to me. Not only could she speak English quite well, she was pretty good at reading and writing English. I was getting very serious about her and had even contacted the Chaplain about getting her and the little boy out of Vietnam. Late July or early August, I got my ‘rear’ job and started serious work on getting the paper stuff fixed up to see if it was possible. 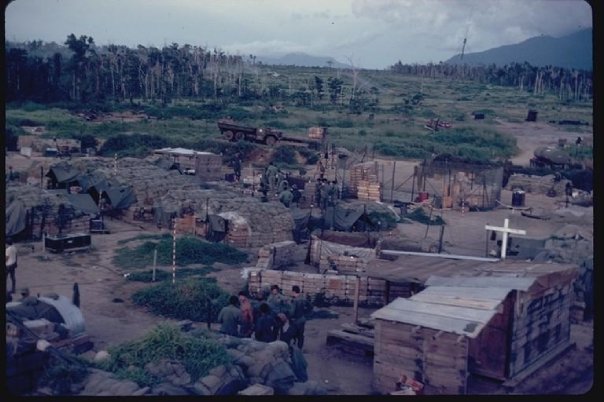 Then they moved the communications depot and a few days later, I was hit with the mortar shrapnel (August 24, 1971). Even through the gangrene, several debridement operations and hospital time, I still wrote her a couple times. But then and it seemed all of a sudden, I was at the airbase and being loaded onto a C-141 hospital plane and everything changed. I went home, never wrote again; I got drunk and stoned for the next 10 years; had drunk ex-soldier relationships, even a couple of marriages; including my current marriage. 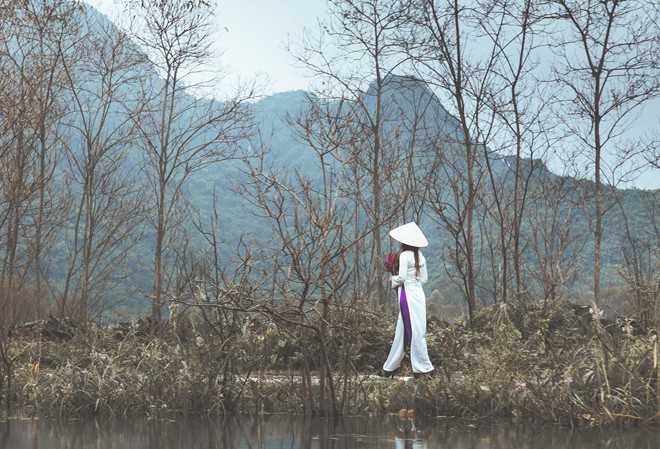 I have thought about her off and on over the years; a lot after I got sober and started with some of the PTSD treatments back in the 1980s. I would like to believe they got out before 1975, but I simply don’t know; I do know, it really affected me seeing the newsreels of that April day in 1975 when the last choppers left the embassy in Saigon. I even felt guilty sometimes, although I probably shouldn’t, it was probably not meant to be. However, I will always cherish the memory.