“Have you ever been inside a hamburger machine?” Sgt. James Spears asked reporters in 1969 after capturing Hill 937 in Vietnam’s A Shau Valley. “We just got cut to pieces by extremely accurate machine gun fire.” 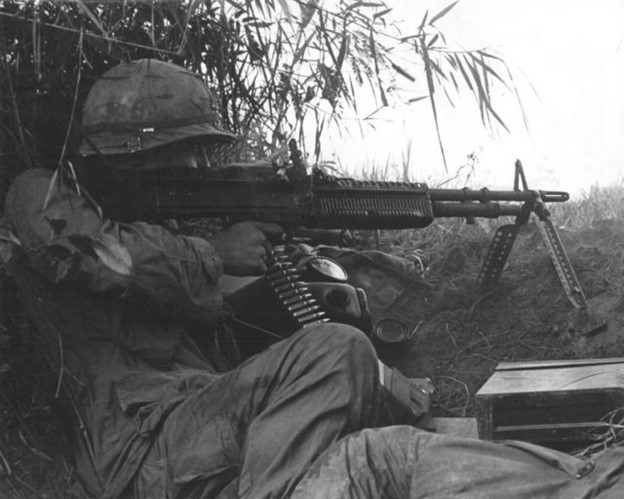 The Battle for Hill 937 was a costly one for both sides of the fighting. It required at least a dozen assaults from American troops who believed they were taking one of the largest North Vietnamese headquarters complexes in the country.

After nearly 11 days, 72 Americans were dead on Hill 937, with nearly 400 more wounded. The North Vietnamese Army (PAVN) lost 630 men as the U.S. finally took control of the hill. Then just a few days after wrestling it away from the enemy, the Americans abandoned it.

For the days and decades afterward, everyone from military officers, journalists, and politicians to the troops who fought in the battle would not only question the tactics used but the military significance of what would come to be known as “Hamburger Hill.”

The Battle of Hamburger Hill came in May 1969, as the U.S. and South Vietnamese forces fought to destroy North Vietnamese bases of operation in the A Shau Valley. The communists were using the valley to infiltrate South Vietnam through neighboring Laos.

The plan was for three battalions from 101st Airborne Division to conduct a reconnaissance in force into the valley, looking for North Vietnamese troops, weapons, and supplies. They would then destroy any they might find. Meanwhile, Marines and U.S. Army cavalry would cut off any possible retreat into Laos. 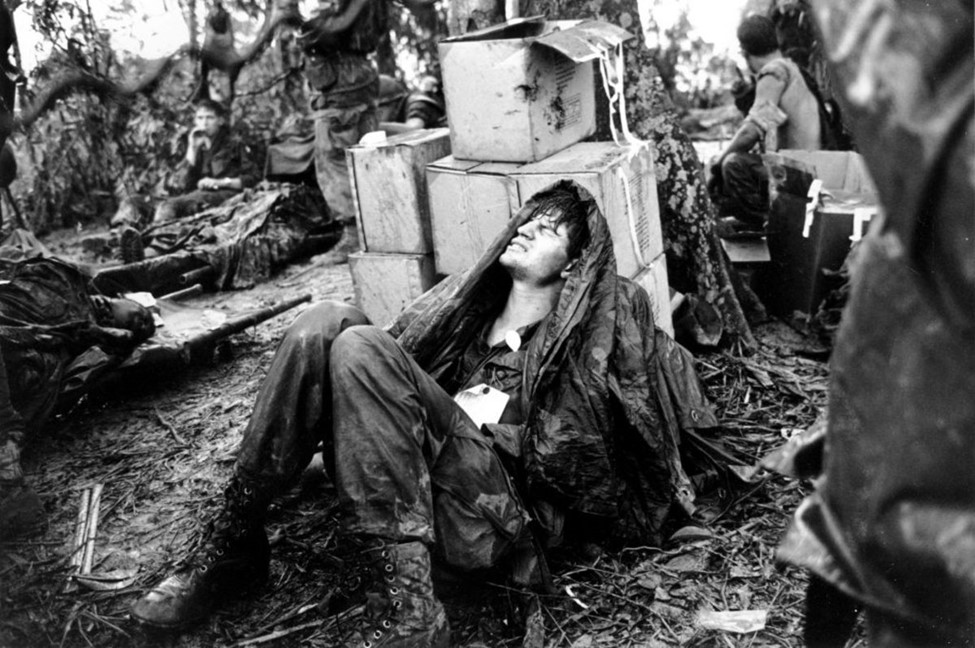 American troops on the ground knew that North Vietnamese regular units would aggressively resist any U.S. advance, but only for a short time. The communists would be forced to clear out before the U.S. could bring its superior firepower into the fighting. Prolonged, intense combat between the two sides, like the fighting seen at Ia Drang, occurred infrequently but was bloody when it did happen.

A Shau was a crucial stop along the Ho Chi Minh Trail for the communists, which meant that both sides wanted to clear the enemy out of the area. For the communists, the valley was a lifeline. For the Americans, it was a centerpiece of putting maximum pressure on the enemy as it moved.

But dense jungle and its remote location made it difficult to move men and materiel or gather intelligence in the valley. The Americans would have to get their information the old-fashioned way: combat patrols and captured prisoners.

The little information they could gather would not tell them one of the PAVN units in the area was a battle-hardened group of communist veterans known as “The Pride of Ho Chi Minh” or that the coming battle was going to be bloody and violent. 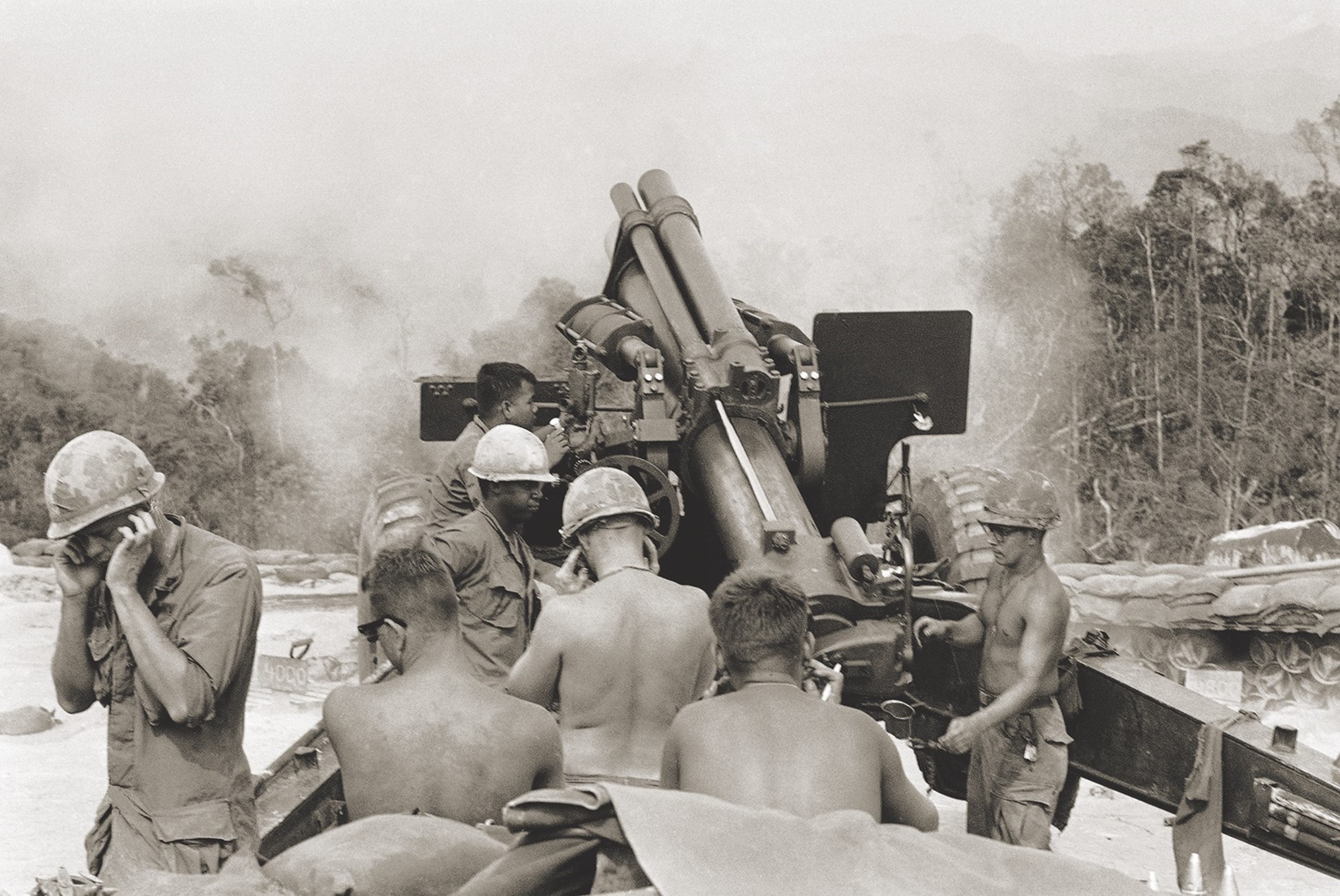 At Hill 937, two battalions of PAVN forces decided they would make one of those intense stands against the 101st. The 3rd Battalion, 187th Regiment arrived to take the hill on May 10, 1969, expecting to reach the top within hours. It would take nearly ten days.

The first attacks came on May 10, but the 3/187th was not at full strength, as much of the unit was still trying to march through the dense jungle foliage. The full unit would not arrive until May 19th. On the other side of the hill, 1/506th was making attacks to determine the level of resistance on that slope.

The Airborne troops made multiple frontal attacks on the communist defenders on May 14th as more reinforcements arrived. They made little progress but took heavy casualties. The defenses of the hill were well-organized and planned.

The approaches to the hill were narrow trails that created a bottleneck for the attacker, forcing the Americans to attack in smaller formations. Unable to capitalize on their numbers, the U.S. troops were funneled into prepared fields of enemy machine-gun fire, which was devastating during the frontal assaults. Once forced to fall back, American forces called in artillery fire, but that too was ineffective. The prepared defenses on the hill were both well-hidden and reinforced. 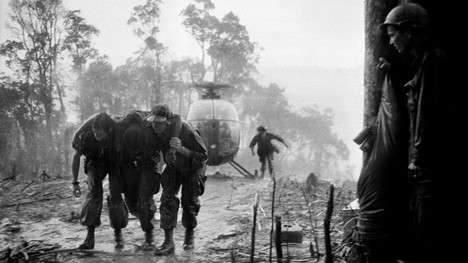 The closest the Army came to taking the hill before they were fully reinforced came on May 18th. The 3/187th engaged entrenched PAVN defenders in close quarters combat with small arms and grenades. Just 75 meters from the summit, the Americans struggled to coordinate one final assault. A chance thunderstorm ended that day’s fighting early, and the 3/187th was forced to withdraw.

Finally, the Army moved in two fresh battalions of infantry to join the others, even though the first battalions had paid a high cost for their previous assaults. With reinforcements in place, the Americans launched a four-battalion attack of Hill 937 on May 20, 1969. Within two hours, they reached the top and cleared the hill of enemy forces within the next three hours.

On June 5th, the 101st Airborne’s new commander abandoned HIll 937, as he deemed it had no military value. The next fight over Hamburger Hill would take place in Washington, as it led Congressmen and Senators to fight over American strategy in Vietnam.

This article originally appeared in “Dispatches May 2022”, a monthly newsletter from the website, Together We Served. Here is the original link: https://army.togetherweserved.com/army/newsletter2/106/newsletter.html#article3

IF YOU ARE A MILITARY VETERAN, JOIN “TOGETHER WE SERVED.” IT OFFERS A WEALTH OF INFORMATION AND BENEFITS NOT FOUND ELSEWHERE.

If you are interested in reading more about Hamburger Hill on this website, here are the links to additional stories:

If you want to learn more about the Vietnam War and its Warriors, then subscribe to this blog and get notified by email or your feed reader every time a new story, picture, video, and change occurs on this website – the button is located at the top right of this page.

18 thoughts on “Battlefield Chronicles: The Battle of Hamburger Hill”