IT NOW HAS BEEN 52 years since that sad day, but Jerilyn Brusseau remembers every painful detail. She was up before light with two sick children in their Vancouver, Washington, home and had the radio on. The newscaster came on with a somber report: Two American helicopter pilots were killed today when they were shot down 15 miles northwest of Saigon. “I got this chill that ran through me,” Brusseau recalls. “It was, ‘Oh, no.’ I just had a feeling.”

The premonition proved true: Her brother, U.S. Army helicopter pilot Lt. Dan Cheney, was one of those killed in action.

The tragedy, and similar ones experienced by nearly 60,000 American families who lost relatives in the Vietnam War, would lead Brusseau on a decades-long journey in search of meaning and healing, not only for herself and her family, but for countless Vietnam veterans and their families. It would lead to a nonprofit organization that started with the modest idea of Americans and Vietnamese planting trees together in battlefields where they formerly fought.

Today, that vision has helped clear 1,500 acres of land of unexploded bombs and land mines; it also has built schools, libraries, homes and community centers, and helped farmers return to once-fertile lands. Perhaps most notable, it has brought healing and forged friendships once utterly unimaginable. 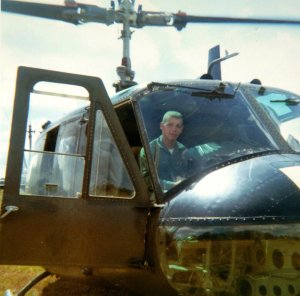 “Dan was so full of energy and mischief,” Brusseau reminisces. “He was everyone’s friend … smiling, laughing, happy all the time. And he had this really big heart.”

After attending Clark College for a short stint, Cheney jumped to the Army, took basic training at Fort Lewis and eventually went to Texas and Alabama to learn how to fly helicopters. It was just weeks into his tour when he was killed.

The news that day — Jan. 6, 1969 — brought a family’s worst fears. “It was the most incomprehensible news I’d ever heard,” Brusseau says. “Of course, I was shocked, and it was very painful, but the pain was also for my parents. He was just this bright, shining leader. And suddenly all of that was gone in an instant.” 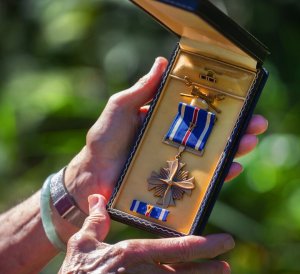 THE ROAD TO THAT someday would not be predictable or planned and, curiously, would first go through the Soviet Union. In the 1980s, Brusseau had found local acclaim as a baker at her eponymous Edmonds bakery/cafe. (Her cinnamon rolls, based on her grandmother’s recipe, were so good that a local restaurateur, Rich Komen, hired her to head development of the leading item for his new mall-shop concept: Cinnabon.) In 1986, a small group of Soviet citizens visited Seattle as part of an early post-Cold War diplomacy group. A friend asked Brusseau whether she would host them at her cafe.

Typical of anybody who grew up in the Cold War era, she was both terrified and thrilled, she recalls. “Terrified of all the images of the Iron Curtain, the evil empire — you know, bombs, guns, missiles into Seattle. And at the same time, thrilled to meet the Soviet people.”

The breakfast was a huge success. The Soviets were charming, warm. “I was amazed at how this simple meal could bring strangers together,” Brusseau says. She contacted several friends in the food business with an idea to start a nonprofit that would host similar sessions in the USSR. They named it PeaceTable, and they eventually made dozens of trips to Moscow and other cities to bring people together over shared meals.

IT CAME TOGETHER through a series of chance encounters, helpful figures who emerged at the perfect time and good luck. A friend connected them with a Vietnam veteran who was active in reconciliation efforts and had traveled to postwar Vietnam several times. That led to another introduction and another, and eventually to an expanding network of sympathetic figures who shared their interest in following the newly restored diplomatic relations and the possibilities it offered.

They summoned friends from PeaceTable for support and ideas. “I said, ‘If you could come to a Sunday breakfast, I will make Cinnabon French toast for you,’ ” Brusseau says. “And they all came.” They named the new nonprofit PeaceTrees Vietnam (peacetreesvietnam.org).

A big break came when they heard about a small, private reception with Vietnamese leaders in Washington, D.C., to discuss postwar bridge-building ideas with Americans. On a whim, Parry took a cross-country red-eye in hopes of making contacts, and indeed happened to meet the future Vietnamese ambassador in a hallway. Apologizing for not having an official invitation, Parry quickly pitched the PeaceTrees idea. Thrilled by the plan, the official offered his complete support, including arranging a trip to Hanoi for discussions on actual projects.

In early 1996, Brusseau and Parry flew to Vietnam — landing in Hanoi on the 27th anniversary of Dan Cheney’s death. Among the first Americans in Vietnam since the restoration of diplomatic relations, they were warmly welcomed by Vietnamese government officials. “We had ceremonial tea, and they said they had been waiting for the American people for a very long time,” Brusseau says. They shared their vision of clearing land, then bringing groups of Americans to Vietnam to work with the Vietnamese as a way to heal.

“We met a little boy who had lost his hand, his eye and his little brother when a bomb exploded in their garden,” Brusseau says. “We knew we had been invited to the right place.”

The initial project was to sponsor the clearing of 18 acres of deadly unexploded ordnance (called UXO) and then have Americans and Vietnamese plant trees in a new peace garden. When they returned to the states, the PeaceTrees team announced plans for this first citizen diplomacy trip, eventually signing up 41 people from the United States and countries around the world. The date was set for November 1996.

One other tragedy would occur before that inaugural trip. Just three days before the group’s scheduled departure, Parry suffered a fatal heart attack. Brusseau and the others delayed the trip by a few days, but still went.

IT’S HARD TO IMAGINE the utter destruction in Quang Tri province. As South Vietnam’s northernmost province in the DMZ, it was the scene of some of the fiercest ground fighting of the war, with bloody campaigns such as the battles of Khe Sanh and Dong Ha. During the course of the Vietnam War, U.S. warplanes dropped at least three times more bombs than in World War II, and 15 times more than in Korea — with the heaviest bombing in Quang Tri province. Slightly larger than the state of Rhode Island, Quang Tri was basically flattened — according to one report, only 11 of the province’s 3,500 villages were left unbombed; many were completely destroyed. 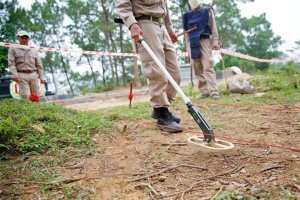 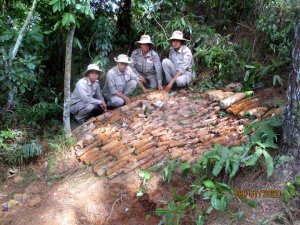 There hasn’t been a fatality in Quang Tri since 2017, but that’s not the case in other provinces.

THIS WAS THE SETTING that faced PeaceTrees when it started its work in 1995. After the success of the first citizen diplomacy trip, Brusseau and PeaceTrees moved ahead with raising money and recruiting volunteers. The initial focus was on supporting Vietnamese land-mine-clearing teams, which included sponsoring U.S. munitions experts to train the first local squads. Equally important, neighborhood educational programs were started to teach families how to avoid dangerous UXO and stem the ongoing injuries. A milestone came in 1998, with the opening of the Danaan Parry Landmine Education Center for Children in Dong Ha.

PeaceTrees also has branched out to remote farming areas, where poverty has been especially acute, because UXO has left once-productive lands unsafe. In an area near the Laotian border, PeaceTrees is helping finance demining teams to clear the land, then partnering with corporations to teach local farmers how to grow black pepper (Vietnam is the world’s largest exporter of pepper).

Today, at 25 years, PeaceTrees has a board of 15 directors, staff in Seattle and Vietnam, and a $3.4 million budget funded by U.S. government grants and contributions.

And the first PeaceTrees program — the citizen diplomacy trips — continues each year, with nearly 800 participants to date traveling to Vietnam. The trips have offered profoundly personal experiences for Vietnam veterans and their families who travel to the country and meet the Vietnamese people — including former soldiers and families of fallen soldiers. They visit PeaceTrees schools, libraries and demining efforts. Symbolically, they plant trees — bringing life to blood- and bomb-soaked land. Under the first tree planted in 1996 lies Dan Cheney’s Purple Heart medal, placed there by his sister. 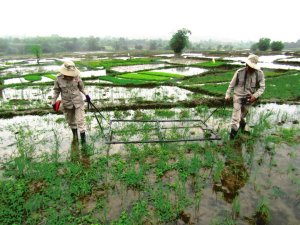 DAN CHENEY’S MOTHER, Rae Cheney, contributed to PeaceTrees over the years with thousands of personal thank-you notes written in beautiful cursive to supporters and donors. Though invited to attend the citizen diplomacy trips, she vowed never to go to Vietnam. That changed in 2010, when, at age 90, she attended the dedication of the Dan Cheney Kindergarten and the Mothers’ Peace Library near Khe Sanh. Brusseau was at her mother’s side as she was welcomed by local residents and officials. The crowd brought forward another elderly woman who had lost two sons in the war, and the two held each other. “This was a moment that 40 years ago seemed impossible,” Brusseau says. Rae Cheney passed away at age 97 in 2017.

Two years ago, on the 50th anniversary of Dan Cheney’s death, Brusseau and a small group of friends returned to the site and held a memorial ceremony. The group included Gail Garcelon, who was Dan Cheney’s fiancée when he was killed. There, they burned incense. A traditional Vietnamese belief holds that prayers are carried on the smoke to their ancestors in another world. T.J. Talevich grew up on Seattle’s Capitol Hill. He lives in North Bend. Mike Siegel is a Seattle Times staff photographer: msiegel@seattletimes.com.

This article originally appeared in the Seattle Times on 1/10/21. Here is the direct link:  Seattle-based PeaceTrees Vietnam removes deadly unexploded bombs and plants healing instead | The Seattle Times