By Tracy Agnew – originally published in The Suffolk News-Herald on February 17, 2016.  This is the first anniversary of his death.

A Suffolk native who was held prisoner of war in Vietnam for more than seven years died Tuesday morning.
U.S. Air Force Col. Fred Vann Cherry was 87 years old and living in Maryland. His son, Fred Cherry Jr., said his father viewed the time in captivity as part of what he had signed up for.

“He knew what to expect,” Cherry said. “To dad, those seven and a half years was his duty.”

Cherry was the first and highest-ranking black officer to become a prisoner in Vietnam. He was shot down Oct. 22, 1965, at the age of 37. His wife and five children were living in Japan at the time.

In a talk given at the U.S. Naval War College in 2012, the elder Cherry candidly discussed all aspects of his imprisonment.

He took off from Thailand about 10 a.m. that day to target a missile installation, Cherry told the audience. He flew about 600 miles an hour for 32 minutes and was hit by ground fire just prior to arriving at his target.

He was so close to the ground he could see the Vietnamese firing on him, he said. 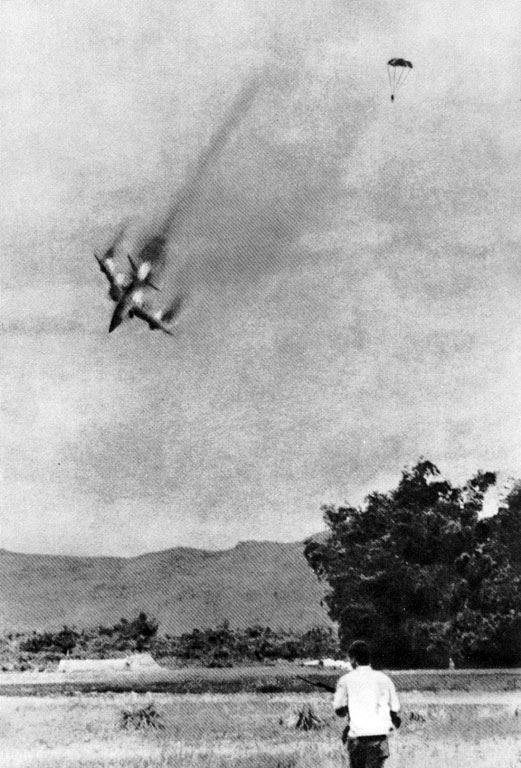 “I saw them start to shoot,” he said. “The muzzle flashes got my attention. I felt my aircraft take a very definite hit.”

Cherry kept flying briefly, attempting to gain control of the aircraft. However, he had to eject when it exploded. As he was falling, people on the ground continued to shoot at him.

“They missed. That was the important thing,” he said during the 2012 speech, prompting laughter.
His parachute opened just 200 feet from the ground. The impact broke his left shoulder, left ankle and left wrist. Field workers took his weapons and imprisoned him.

He eventually arrived at “The Zoo,” a prisoner-of-war camp.

“We were severely punished as new arrivals,” Cherry said during the 2012 speech.

Prisoners were beaten, made to kneel on rocks and other sharp objects, subjected to solitary confinement and more, according to the Naval War College talk. 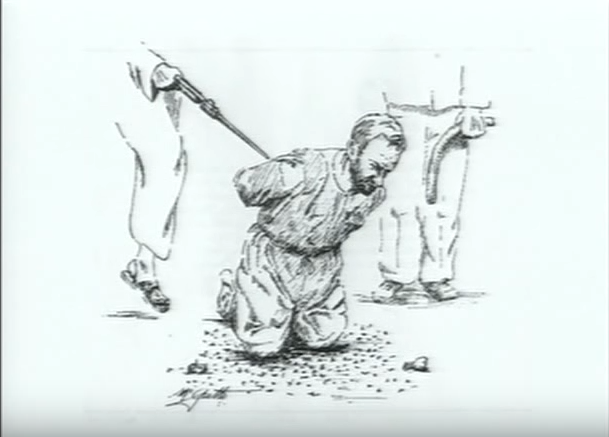 Cherry’s injuries from his fall were not treated until another prisoner of war, Lt. j.g. Porter Halyburton, was confined with him. Halyburton, who spoke alongside Cherry in the 2012 presentation, said he pushed the Vietnamese to get treatment for Cherry by telling them he would die if he wasn’t treated.

“I knew they didn’t want that, because we were valuable property,” Halyburton said in 2012.

The surgery on Cherry’s shoulder was botched and left him with more open wounds, which the Vietnamese again did not treat appropriately. Cherry remained unable to lift his left arm above his head for the rest of his life.

“Fred never complained about anything, in spite of this incredible pain and discomfort he went through,” Halyburton said in 2012.

The friendship between the two men — whom the Vietnamese put together mistakenly thinking that racial tension would break them — became the subject of a book, “Two Souls Indivisible: The Friendship that Saved Two POWs in Vietnam,” by James S. Hirsch.

Meanwhile, Cherry’s family was worried about him.

“We knew he was shot down,” the younger Cherry said Wednesday. “It took months before they could confirm he was alive and being held captive.”

Communication between Cherry and his family was scarce, but a few letters did manage to get through. So Cherry knew, by the time he got out of imprisonment, that two of his sons had signed on to serve — one in the Navy and one in the Army. The third son also later enlisted.

The younger Cherry was stationed in Germany when he learned, through a list of POWs being released published in the Air Force Times, that his father was being freed on Feb. 12, 1973.

“I said, ‘Man, you have to send me home,’” Cherry recalled telling his supervisor. “About an hour later, they had packed all my stuff up, and they had a Jeep and my airplane tickets.”

Cherry arrived at Andrews Air Force Base in Maryland just before his father’s plane touched down. He was surprised to find that he was now the same height as his father.

He and his brother, who greeted their father in uniform, soon found that the fact they were outranked by their father was not lost on him.

“He was telling us where to walk,” Cherry said. “He was still an officer, and we were peons.”

Cherry would go on to retire on Sept. 1, 1981, after attending the National War College and being assigned to the Defense Intelligence Agency and having served more than 30 years in the Air Force. He started his own engineering company.

“I’ve never, ever, ever heard any ill will against my father,” Cherry said. “Everybody that met him adored him, respected him and loved him.”

A scholarship in his name is given annually by the Suffolk Foundation.

The entire interview featuring Cherry and Halyburton can be viewed below: