So, what is a Gyrene?  I remember hearing this term for Marines while growing up in the 50’s & 60’s, but can honestly say that I haven’t heard it once since leaving Vietnam – that is until recently when I stumbled across it.  Doing so, I thought it would be fun to research “Gyrene” and then put what I found out for my readers.  So, here goes!

This word predates WWI 1890’s and at time when the USMC was smaller than the NY police force.  The most common definition is that it is a combination of GI and Marine.  Like the words Leatherneck, Jarhead, Devil Dogs, they were all thought to be derogatory, but later debunked.

During WWI the Marines fought with such ferocity and valor that they were called GI’s.  A marine doesn’t want to be called a GI he wants to be called a Marine so they mixed the two to for Gyrene (GI-Marine).

Here’s a quote taken from the 1919 Literary Digest:

“If you a find a feller with a rooster on top of the earth on his hat he’s one of those “Gyrenes” and look out, he’s a BAD man.  Marines had clearly earned a reputation of being tough and to steer clear of them.”

Dr. Johnathan Lighter – Historical dictionary: “…perhaps a jocular adaptation of a greek word “guironus” which translates to Polywag or tadpole.  Many similar words meaning the same in Portuguese, Italian, and Latin – all spelled similarly and meaning tadpole.”

The above facts were transposed from a clip of a radio talk show call-in asking about the word “Gyrene.”  Click the link below to hear the actual  conversation (less than 5 min.):

Probably the best description that I’ve come across for the word Marine comes from the Urban Dictionary:

The USMC is over 241 years of romping, stomping, hell, death and destruction. The finest fighting machine the world has ever seen. We were born in a bomb crater, our Mother was an M-16, and our Father was the Devil. Each moment that I live is an additional threat upon your life. I am a rough looking, roving soldier of the sea. I am cocky, self-centered, overbearing, and do not know the meaning of fear, for I am fear itself. I am a green amphibious monster, made of blood and guts, who arose from the sea, feasting on anti-Americans throughout the globe. Whenever it may arise, and when my time comes, I will die a glorious death on the battlefield, giving my life for Mom, the Corps, and the American Flag. We stole the eagle from the Air Force, the anchor from the Navy, and the rope from the Army. On the 7th day, while God rested, we over-ran his perimeter and stole the globe, and we’ve been running the show ever since. We live like soldiers and talk like sailors and slap the Hell out of both of them. Soldier by day, lover by night, drunkard by choice,  MARINE BY GOD!!! OORAH!!!

I cherry-picked some responses from this original post to give you a feel for what others had to say about Marines:

No better friend, no worse enemy.

First to go. Last to know.

The Marines I have seen around the world have the cleanest bodies, the filthiest minds, the highest morale, and the lowest morals of any group of animals I have ever seen. Thank God for the United States Marine Corps!
-Eleanor Roosevelt

A volunteer branch of the United States Armed Services who historically have protected, are protecting and will continue to protect the freedom and rights of all Americans. The same brave men and women who help to uphold the first amendment right that allows us various freedoms, such as the freedom to submit slang terms to this site.

The duty of the United States Marine Corps is to uphold the freedoms that all Americans enjoy.

When you absolutely, positively need something blown up before noon, this is your team. They always remember to bring their Corpsman to keep them alive.

Follow the dust and smoke to find the fallen terrorists the Marines just killed.

The unholy angels of death and destruction who’s sole purpose is to wreak the vengeance of freedom and liberty upon those who oppose it.

A Green amphibious monster who breaks things and blows shit up – The deadliest and most feared weapon on the battlefield – Killer of many and tolerates no bullshit (Iraqi definition).

The Marines are the first into a battle ground, the Army joins to help the advance, greatly. The Navy secures the shores and fires artillery salvos, and the Air Force provides much needed fire support on high-risk operations. Combined, the force of the US Military surpasses most foes it will encounter. 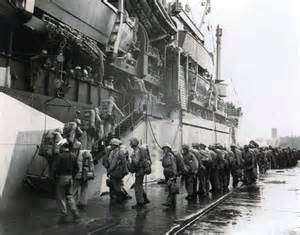 The Navy’s equivalent of infantry, Marines specializes in amphibious warfare, rapid deployment and small squad tactics. The United States Marines are noted for their intensive training, marksmanship with the rifle and undying fighting spirit. Under the mantra ” Every Marine is a rifleman” all marines are held to the same combat standards regardless of specialization. From cooks to pilots every Marine is a highly trained infantryman capable of fighting in any environment, at any moment. This fact is proven time and time again when Marines defeat much larger and better equipped enemy forces.

You could probably guess that most of the comments above were written by Marines or their family.  Of course, many of the comments were derogatory about the other branches of service – I chose not to use any of them herein.  However, it is true that when groups of veterans get together, there is always playful banter shared between them about the other branches of service.  It’s all in fun and a right we’ve earned – because at the end, we are all brothers and stand tall next to one another.  Semper Fi, y’all! 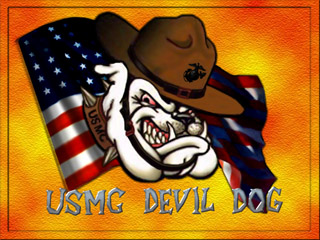