Shortly after 2:00 am on the morning of November 21, 1970, the night sky near Hanoi was shattered by the roar of planes on their way to undertake one of the most carefully planned and executed rescue missions of the Vietnam War – the raid on Son Tay Prison to rescue American prisoners of war.  Son Tay, 23 miles west of Hanoi, the capital of North Vietnam, was attacked and, less than an hour later, the plan had been carried out faultlessly.  Then the bitterly disappointed Raiders were on their way home, having rescued no-one.

The USAF Intelligence Unit had been monitoring a compound near Son Tay since it was first suspected in 1968 of being a prisoner of war camp.  Carefully analyzing hundreds of aerial photographs, alongside intelligence gathered on the ground and elsewhere, the analysts determined that there were at least 55 American servicemen being held at the camp.

This information was taken to Brigadier General James Allen, who was the Deputy Director for Plans and Policy in the Air Force; once he was convinced of the validity of the analysis, he took the issue to Brigadier General Donald Blackburn, who was the Special Assistant for Counterinsurgency and Special Activities (SACSA) in the US Army.  BG Blackburn reported directly to the Joint Chiefs of Staff, so he took the intelligence to General Wheeler, who was the outgoing JCS Chairman at the time.  The recommendation was that the POW’s at Son Tay be rescued.  General Wheeler concurred, and set up a planning group tasked with conducting a feasibility study.

Code name Polar Circle was the study into rescuing the captured Americans by conducting a raid on Son Tay Prison in the hours of darkness.  The fifteen men working on this study found that the plan was feasible and recommended that the raid be executed as soon as possible.  The treatment being given the captured Americans was, at times, inhuman and their living conditions atrocious.  Polar Circle also determined that there were at least 61 men being held at the camp.

Within a couple of months, Operation Ivory Coast was launched to undertake the detailed planning and training for the rescue attempt.  Overall command of the entire operation was placed in the very capable hands of Air Force Brigadier General LeRoy Manor, who assembled a crew of planning and support specialists. The planning had to be superb, as Son Tay was in one of the most heavily defended areas of North Vietnam.

They would have to contend with MIG fighters, as there were bases in the area as well as anti-aircraft batteries and surface-to-air missile sites strategically placed by the North Vietnamese.  Undaunted, Manor’s specialists undertook the logistics, weather forecasting, and fine planning to identify two possible windows of opportunity for the mission.  These dates were the 21st – 25th of October or the 21st – 25th of November.  Both these periods offered the best conditions in terms of the weather forecast and moonlight.

While General Manor and his staff were undertaking the planning, command of the ground forces that would undertake the actual raid was given to Special Forces Colonel Arthur “Bull” Simons.  He selected over a hundred volunteers from the 6th and 7th Special Forces Groups, based at Eglin Air Force Base in Florida.

Barbara
With the assistance of the CIA, a full-scale model, called Barbara, was built of the camp; later they built a full-scale replica of the camp using poles staked in the ground and covered with canvas. This replica was used for training so that when the mission arrived at the actual camp the layout would be second nature to them.  Simons and his Green Berets undertook over 170 rehearsals of the raid on their mock-up camp until Manor and Simons were satisfied that their men were ready to launch the mission.

The training took into account all the scenarios that the team could think of, right down to planning to take bolt cutters with them, as they had been told that the prisoners may well be shackled to their beds. This training was done under an impenetrable veil of security and the usual inter-forces rivalry that bedeviled so many operations was absent; all the teams worked seamlessly together.

At the same time, meetings were held with Vice Admiral Fred Bardshar on board the USS America, which would create confusion by using its naval aircraft to fly a diversionary mission.  At this time there was a ban on bombing missions, so planes flew without ordnance except for those that would undertake and search and rescue missions.

The naval aviators would fly circles over Phuc Yen Air Base, which housed the MIGS that undertook night missions, thus pinning the MIGS on the ground and forcing the North Vietnamese to use missiles for defense instead of the MIGS. This also had the effect of turning the North Vietnamese radar to the east while the raiders approached from the west. 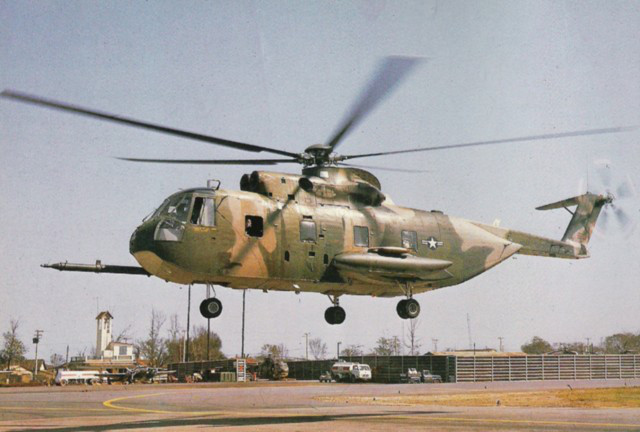 The entire operation was then moved to a forward base in Thailand, arriving on the 18th of November.  There, Simons selected the final team of 56 Special Forces Green Berets which would undertake the actual mission.  This group was split into three combat groups – “Blueboy”, consisting of 14 men, would be the group to land inside the compound, “Greenleaf”, a group of 22, would land outside and blow a hole in the surrounding wall to gain entry and assist those landing inside, and lastly there was “Redwine”, the 20 men who would provide a defensive perimeter against the North Vietnamese forces reacting to the raid.

In the week preceding the raid, the weathermen began watching Typhoon Patsy, which made landfall in the Philippines on the 18th of November and appeared to be heading for Vietnam.  The weather forecasters were concerned about two different weather patterns.  The first was the typhoon that would, by the 21st of November, cause the Navy’s Carrier Group in the Gulf of Tonkin difficulties and could prevent the launching of the naval diversionary force.  The second was a cold front moving from southern China that would result in poor weather conditions over Vietnam from the 21st onwards.

The one piece of good news from the weather desk was that the cold front would make for good conditions over the compound on the 20th of November, and acceptable conditions for the naval aviation force.   A reconnaissance flight was carried out on the afternoon of the 20th of November, and General Manor made the decision to go one day early rather than delay a further five days.  Just before 4:00 pm on November 20th, Manor issued the order to commence the mission.

At 2:18 am the HH-3E “Jolly Green” helicopter carrying the Blueboy team executed their arrival precisely by crash landing inside the Son Tay compound. Captain Meadows and his team carried out their part of the plan flawlessly and eliminated the guards, thus securing the compound.  Three minutes later, at 2:21 am, Colonel Simons and Greenleaf landed some distance from their intended landing zone and, instead of destroying the compound wall, they attacked a North Vietnamese barracks, killing 100 – 200 soldiers.

The wreckage of HH-3E looking toward the west compound wall, with the river beyond.

They then boarded their helicopters again and flew to the compound.  Meanwhile Redwine, ably led by Colonel Elliott Sydnor, had filled in the position that Greenleaf was supposed to have taken, and they blew in the wall to the compound. This was within the contingency plan laid down before the operation started.  Captain Meadows and his team searched in vain for the American POW’s that should have been interred at the camp and with a heavy heart, he radioed back the words, “Negative items” – the signal to the command team at Da Nang that there were no POW in the camp.  At 2:36 am the first team left the compound, having spent a grand total of 27 minutes on the ground.  Within a few minutes all had left, and by approximately 4:28 am they were all back at their base in Thailand.

The American Armed Forces had sent 56 Green Berets and 28 aircraft manned by 92 airmen to Son Tay and the only casualty of the raid was the flight engineer of the Blueboy helicopter, who had his ankle fractured by a fire extinguisher that had broken loose in the crash landing.  As a result of the raid, the members were awarded six Distinguished Service Crosses, five Air Force Crosses, and all 50 members of the ground crew, in addition to 35 of the active members, received Silver Stars.  General Manor received the Distinguished Service Medal. 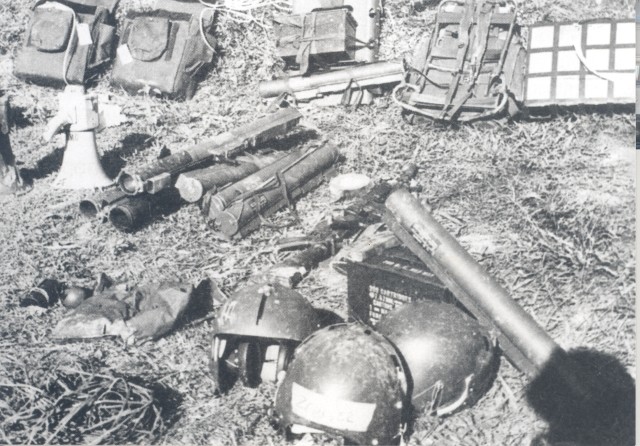 The armed services believed the mission to be a complete tactical success as it was so well-planned and executed, but the intelligence failure was a significant blow to all involved.  It was later learned that there were 65 prisoners interred at Son Tay, and they had been moved 15 miles closer to Hanoi due to a threat of flooding.  This move had taken place on the 14th of July, almost four months before the raid – a major gaffe on the part of the intelligence agencies responsible.

This raid was severely criticized in the media and by opponents of the Nixon Administration and to the Vietnam War.   The major charge made was the poor quality of intelligence upon which the operation was mounted. One of the greatest fears was that  as a result of this abortive raid, the prisoners in other camps would be treated worse.

In fact, reports from prisoners later confirmed that this raid did, in fact, improve their conditions.  Prisoners that had been kept for long periods in solitary confinement were placed in cells with other prisoners, which improved their morale considerably.  The amount and quality of the food they were given also improved.

While the success or failure of this raid can be debated ad infinitum, it is recognized as being a model for the planning, training, and deployment of this type of mission.  It formed the blueprint for future missions of a similar nature, and for that reason, it deserves its place in history.

Here’s two videos from the History Channel about the raid: