My friend and fellow author, Vietnam Veteran Joe Campolo, Jr. published a story to his website about the creativity and chaos during the Vietnam War. I found it quite interesting and afterward, asked for permission to publish it here for you to read.

The Sixties are forever on our mind

We hear much about the cataclysmic events of the sixties, hardly a day goes by without the airing of a TV program depicting the chaotic events of those years. The War in Vietnam and the Civil Rights movement are fought and refought every day on cable tv, the internet, and whatever is left of our printed media industry.

Though seldom acknowledged as such, the period starting in the early sixties and ending in the late seventies was one of the most productive periods in our nation’s history, from a creativity standpoint. Advancements in science and technology, spiked in almost direct proportion to the escalating violence on our streets and in the steaming jungles, fields, and mountains of Vietnam. And along with that spike in science and technology a burst of creative activity also occurred in the arts, including literature, film, and music.

Surges of Creativity throughout History

Throughout history, there have been periods of explosive creativity, peppered over the eons. At various times down through the years, rapid creativity has changed and enhanced the condition of man. Man’s major advancements have not typically occurred in an orderly, sequential fashion, but rather they have occurred in great spurts here and there down through time. 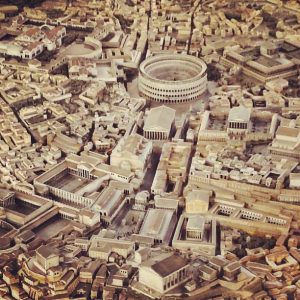 Ancient Greece and Rome were considered to be two of the most creative empires in history. Each of these dynasties fueled rapid advancements in warfare, technology, art and literature, throughout their tenure. And much of that activity happened in short ten to twenty-year spurts. Some ancient Chinese dynasties experienced creative activity in much the same fashion.

After the fall of Rome, the world slept for several centuries before awakening again during the Renaissance. Centered in Italy, the arts, literature, architecture and music once more sprang to life. Advances in the various sciences soon followed. All of this advancement ultimately led to the great age of exploration highlighted by the discoveries in the new world.

In the 17th Century, Louis the Sun King prodded France into leading the world in creativity during that time. The Age of Enlightenment followed soon after.

Another great creative boom came in the late 1800’s and lasted into the 1920’s. Electricity, radio, automobiles, airplanes and many other inventions ushered in the 20th century. The continual state of warfare in the late 1800’s and on well into the 1900’s compressed and accelerated the rapid expansion of ideas regarding science, technical fields and the arts as well. As peoples struggled with the cloak of war constantly over their head like the sword of Damocles, the world responded with a dynamic expansion of literature, visual art, music and then film. This creativity continued throughout much of the 20th century.

World War I and particularly World War II provided the world with many new technological marvels. Not just in the field of weaponry, as significant gains in the medical field were made as well. The horrors of the wars were expressed on canvas, as artwork reflecting the condition of man became popular. Vast amounts of new literature were penned by authors, old and new. Music, listened to by bored and cash strapped citizens and soldiers became cheap entertainment for the masses.

Starting in the late 1950’s and continuing into the late 1970’s yet another period of explosive creativity ensued. Space exploration and war, fueled by competition between the two superpowers, the U.S.S.R. and the U.S.A., spurred tremendous scientific and technological advancement. Though intended for war and exploration rather than the betterment of man, advances made during this period also improved, if not complicated the lives of man. Computers, automation and rapid communication sprung up all over the civilized world.

The Sixties and Seventies Explode on the Scene

If a creativity graph of the sixties and seventies were made it would show a gently rising curve during the early sixties followed by huge jumps from the mid-sixties to the mid-seventies, and then a gentle tapering off. The growth of creativity during that time seemed to crest during the later years of the Vietnam War, and decline after the end of the war. Perhaps coincidental, perhaps not.

Technological and scientific advances during that time were most evident in the space race, climaxing with the moon landing in 1969. When John F. Kennedy pressed the Moon button in 1962, he also opened the bank for vast amounts of research and exploration. And all kinds of stuff came out of those programs; microchips, computers, memory foam and new food preservatives, to name just a few. (Tang was actually developed before the space race) 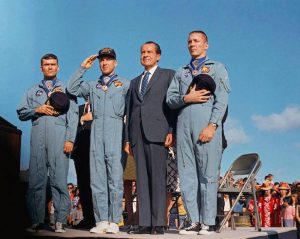 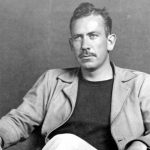 Newer authors including Harper Lee, Joseph Heller, Hunter Thompson and many others wrote books which tied into the counterculture and the essence of those years. Germain Greer, Charles Bukowski, Allen Ginsberg, James Arthur Baldwin, Alexander Solzhenitsyn and the works of Jack Kerouac also helped define the decade. It would be impossible to list all of the important works of literature and authors from those days when everything was questioned and seemingly up for grabs. 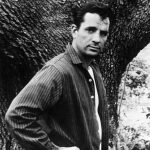 Important works of literature continued to spring up on into the seventies. Authors such as John Updike, Joseph Wambaugh, and E.L. Doctorow to name a few produced great written pieces. Kurt Vonnegut, Alex Haley, Tom Wolfe and Gloria Steinem wrote works significant to the time as well. New authors such as Stephen King, David Reuben, Carl Bernstein, Robert Woodward and Mario Puzo added to the list. As with the sixties, it would be difficult to list all of the authors who had an impact during that time. As a writer and an avid reader, it was seldom that I was not in the middle of one or two very good books during those years.

The Film Industry migrates along with Literature

As the television and motion picture industry caught up with literature, the nature of the medium transformed as the Sixties moved along. From The Sound of Music to Hair, from The Apartment to In The Heat of the Night, from Tom Jones to In Cold Blood, the big screen became angrier and edgier.

With the six o’clock news constantly bearing grim stories and films of war and civil disturbances, viewers yearned for an escape. TV shows like The Twilight Zone, The Outer Limits, and One Step Beyond sent people on a fantasy tour where they could see crazier things than the reality they lived in and allowed them to fantasize about other worlds. Star Trek became hugely popular, the script often reflecting philosophical themes of the day.

In 1971 All In The Family debuted, pitting old conservative philosophy against young liberal thinking. Various imitations of the show popped up over the next several years, with mixed success. In one of the most-watched episodes of All In The Family, a young draft dodger and an older man whose son had been killed in Vietnam found themselves together at the Bunker home for a holiday meal. Despite Archie’s discomfort, the older man revealed that he felt that the young draft dodger was correct in his position on the war, much to the chagrin of Archie of course.

Most of the music stations on my Sirius radio subscription play music from the sixties and seventies. Seldom do I drive anywhere when I am not listening to some of those great old tunes. My children also enjoy the music from those days, and I have no doubt my grandchildren will also, when they come of age.

And I liked it all: Folk, Rock, Soul, Country, Rockabilly and funk. Coming in with a bang, stars like Elvis, Jerry Lee Lewis, Johnny Cash and others ushered Rock and Rockabilly into the Sixties. Folk singers like The Kingston Trio gave way to Peter Paul & Mary, who in turn gave way to Dylan and Joan Baez. Pete Seeger and Phil Ochs carried on for Woodie Guthrie who died in 1961. Folk music, it was said, held the pulse of America. 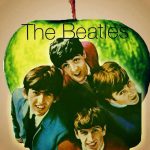 The so-called “British Invasion” including The Beatles, The Rolling Stones, Dusty Springfield and many others made a huge and lasting impression on Rock & Roll in America.

And in America hundreds of it’s own citizens were cranking out great tunes as well. We listened to them in junior high school, high school, college, at work and of course, in the military. In Vietnam, Radio Saigon was on every minute we could listen. And those that had portable radios or stereos in the larger base camps, naval ships and airbases played their favorite tunes whenever they could. “Good Morning Vietnam” coined by the late Adrian Cronauer could be heard all over Vietnam every morning, through rain, shine, mortar attack, firefight or quiet time. 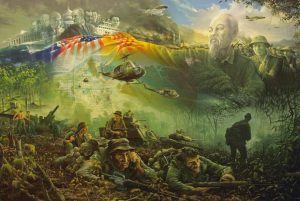 The War changed everything.

As times grew more acrimonious in the late sixties, the music did as well. The softer melodic tones heard earlier in the decade, tempered by the war in Vietnam, the civil rights movement and the world-wide counterculture movement turned harsh and angry. Hard rock and acid rock ascended, as did an angrier soul and funk. The music reflected the times; impatient, impertinent and in your face. Creedance Clearwater Revival, Janis Joplin, Jimmy Hendrix, Otis Redding, Wilson Picket and many other heavy jamsters pounded the airwaves.

Eventually, the war in Vietnam tapered down and finally ended, the civil rights movement reached appeasement, and the world counterculture movement passed. Thus… the music changed again. Softer rock, Pop rock, various Country & Western music and finally Disco arrived on the scene. Music had migrated from the political turmoil of the sixties and early seventies back to more subdued tunes all around the country. As the bombing in Southeast Asia ceased along with the military draft, the harsh and angry music spawned by the war, withered away with it.

The Creative Legacy of the Sixties and Seventies

With the counterculture dried up along with the war in Vietnam, Americans now pursued other interests and activities. The movement had faded away. Filmmakers got a lot of mileage out of the war, creating many Vietnam War-related films and even a few television shows. Many books have been written about those events.

The surge of musical creativity seen in the sixties and seventies, however, tapered off dramatically. With the exception of rap, few new expressions of music have come out in the ensuing years. And nothing has come close to achieving the impact of the rock movement from those two turbulent decades.

The advent of the internet, crossing into mainstream society during the nineteen nineties, is yet another form of creativity, impacting many aspects of human life. The creative nature of man will never cease.

Thank you, Joe, for another fine article. To read more of Joe’s work, please visit his website: http://namwarstory.com/blog/

5 thoughts on “Chaos and Creativity: The Sixties and Seventies (Guest Post)”